After we boarded the plane, it took a while for everyone to get situated. Coordinating over 100 skydivers on five planes is a challenge. On the climb to altitude, I visualized being in my spot, docking, tracking and landing. I went through it over and over. Just before we reached 12,000 feet, we all did the secret skydiver hand shake for luck. Most people on the plane we wearing full faced helmets and they had their cannulas routed through their helmets.

Since Matt and I were wearing open faced helmets, we held our cannulas in place on the way to 18,000 feet. Every now and then, I'd put mine next to my lips to make sure I was still getting oxygen. Just before we left the plane, we dropped our tubes. 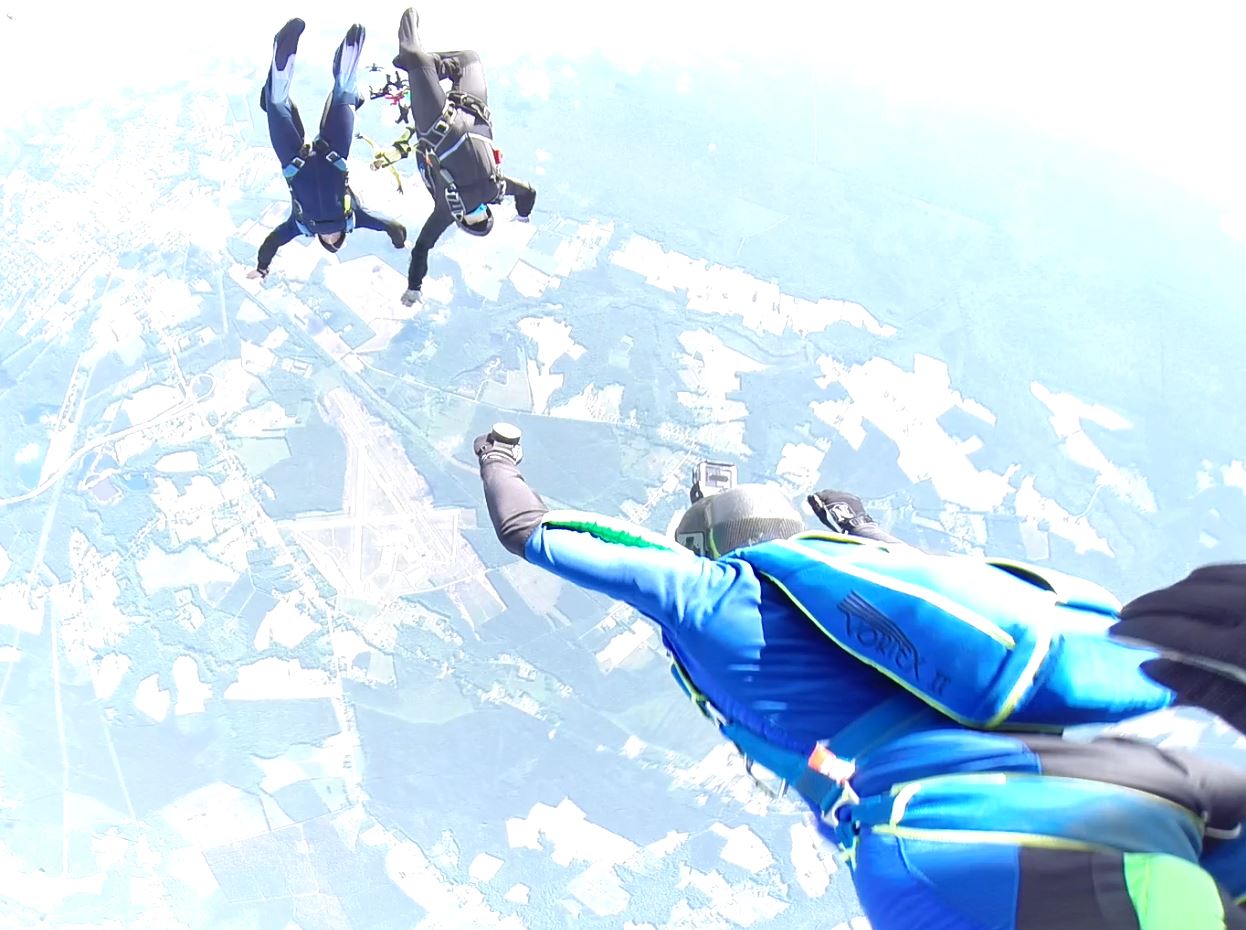 Kevin and Christine synchronized their exit! Super cool. I left a little behind Matt. It was my first time leaving from 18,000 feet - wow! 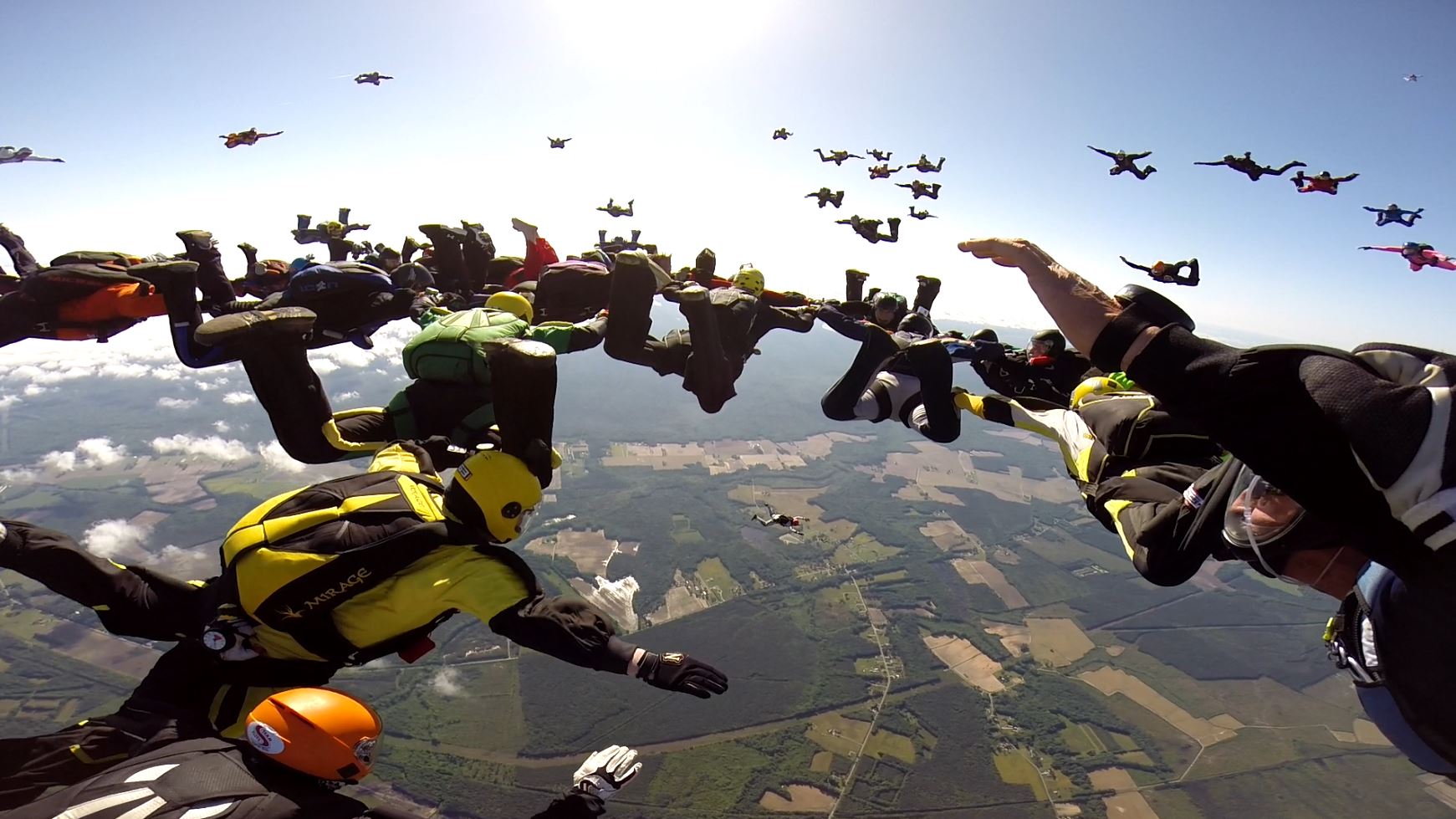 I made it to my spot and docked, but it was obvious we weren't all going to get together. The first group started tracking at 6,500 feet. My group turned to track at 5,000. 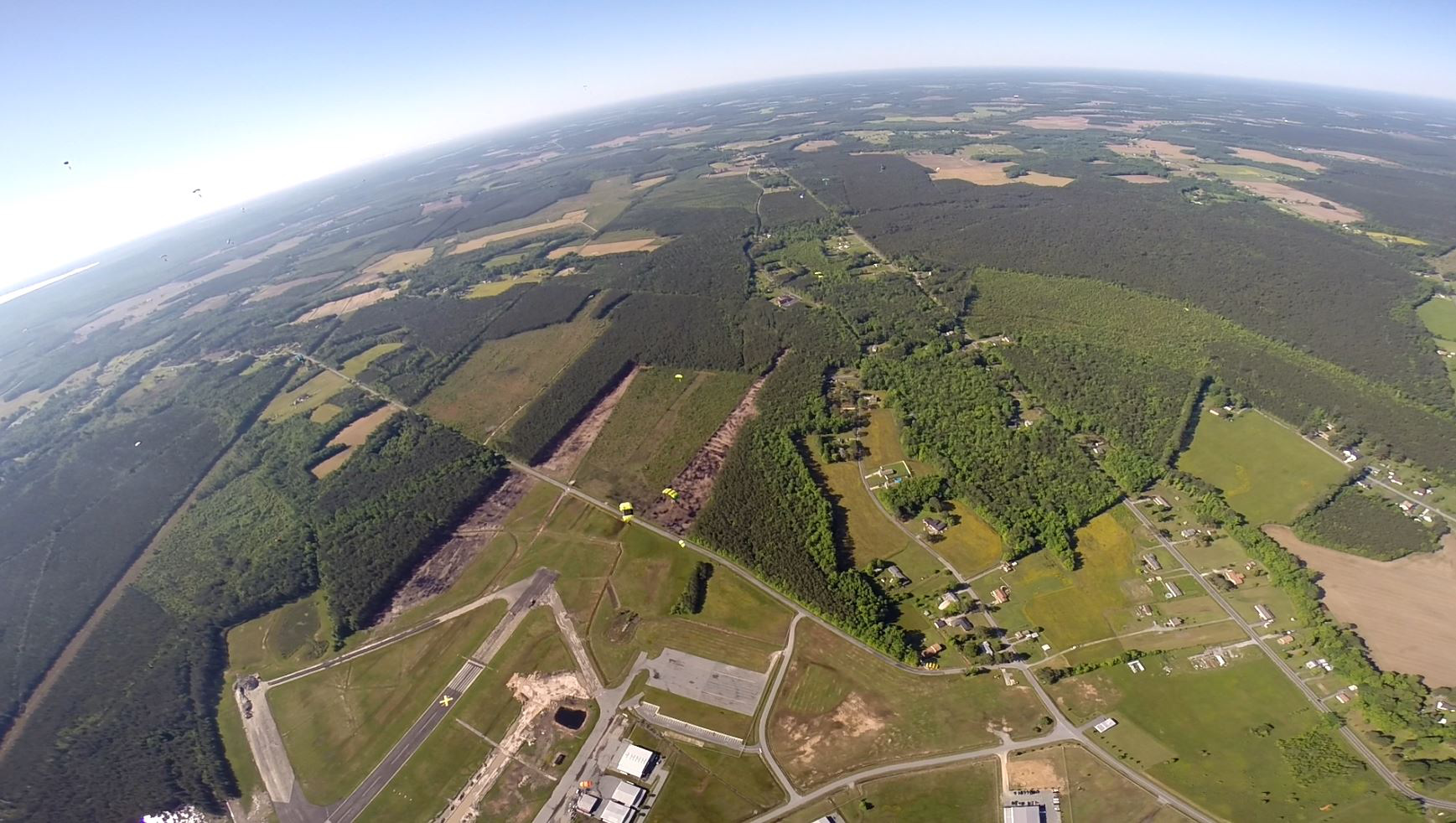 When I opened, I was very impressed with our separation. Everyone near me did a great job of tracking. It was such a relief!

Against all odds, I found a dry spot when I landed. Other people were slipping, but my landing was awesome. Unfortunately, the walk back to the hangar was through puddle after puddle. By the time I got inside, I had water in my socks and the bottom of my jumpsuit was muddy. I took my shoes and socks off and set them in the sun to dry. Fortunately, I had extra socks and shoes with me.

We packed our parachutes and waited for the debriefing. While we were waiting, I looked at my audible. The average fall rate for the jump was 110 mph. That's a little slow for me. I was hoping they'd be faster on the next jump.

When it was time, we all crowded around the television to see what happened. Apparently, some of the other planes didn't see the count and ended up leaving late and the base was slow. They were going to work on falling faster on the next jump. Now that we knew what went wrong, we could do a better job of communicating between planes so the exit could be more synchronized.