We ended up sleeping at the Hudson House Grand Hotel located in Hudson, WI about 40 miles from the drop zone. Before we went to bed, I checked the weather forcast.  It wasn't going to be above 60 in the morning. BRRRR! I set the alarm for 7:30. I'd need to dry my hair after my shower. The A/C unit was a little less obnoxious than the one at the Park Inn and I got some sleep. Not a lot, but some is better than none. Unfortunately, Matt's stomach was still bothering him and he got up in the middle of the night again.

Our room was clean and with tax it only cost $87.87! AND...this price included a free made to order breakfast in the restaurant! After breakfast, we went back to the room to gather up our stuff. We were on track to be at the DZ by 9:45.

The drive was a piece of cake and we were unloading our car at 9:50. As we entered the hanger of Skydive Twin Cities, we were both surprised. 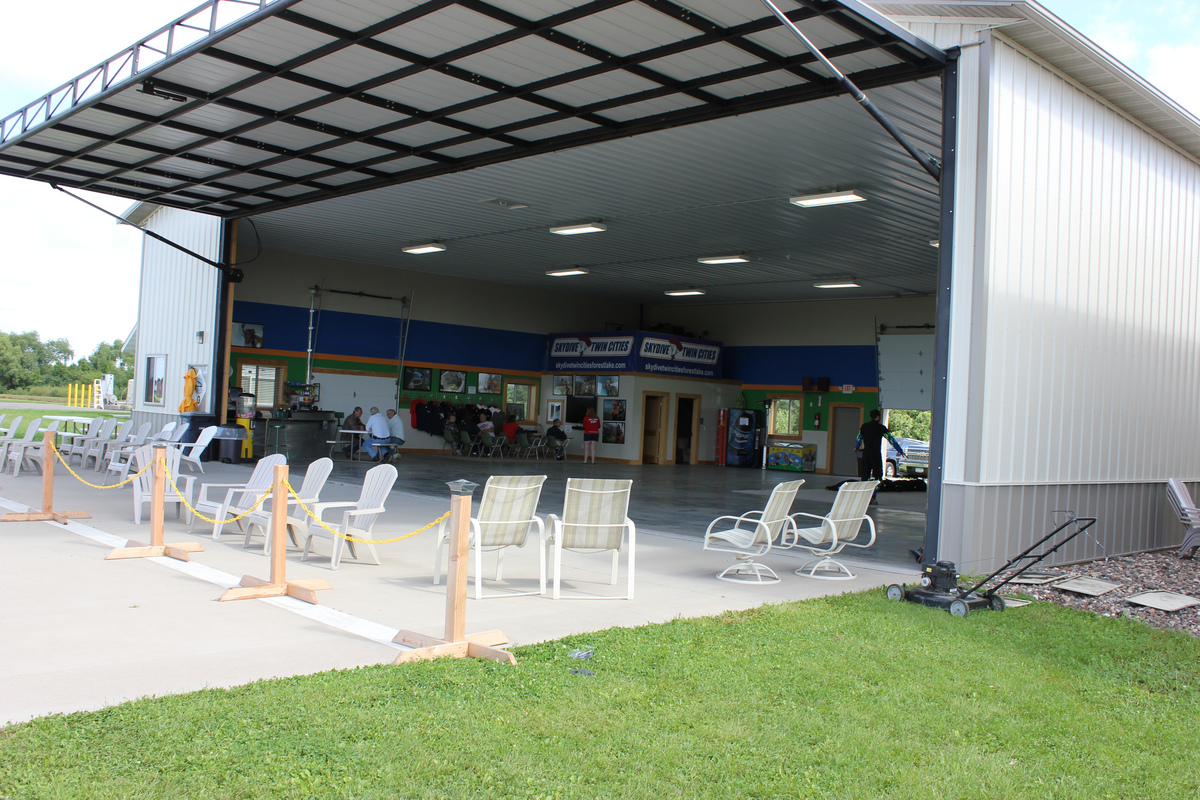 Skydive Twin Cities has a very clean hangar, indoor bathrooms (which was great because Matt's stomach was still upset), plenty of seating for spectators, and a small carpeted packing area. My Minnesota friend had not yet arrived.

We were greeted by one of the tandem instructors - Spencer. I told him that I had called ahead and he said he was sure we could get on load one. He also said if he wasn't working he'd jump with us. That doesn't happen very often! We filled out our waivers and Spencer gave us a drop zone briefing.

Shortly thereafter, the tandem showed up. While we were waiting for him to complete his paperwork, Spencer and another tandem instructor, Luke, kept us company. It was taking the guy forever to finish his waiver. I was starting to worry that he might change his mind. I am pretty sure he read every single word twice!

When it came time to get ready, Spencer had to take the tandem. No worries...Luke decided to go with us on a freefly jump. Before we got on the plane, Luke put up the wind flags. The landing area is beautiful. 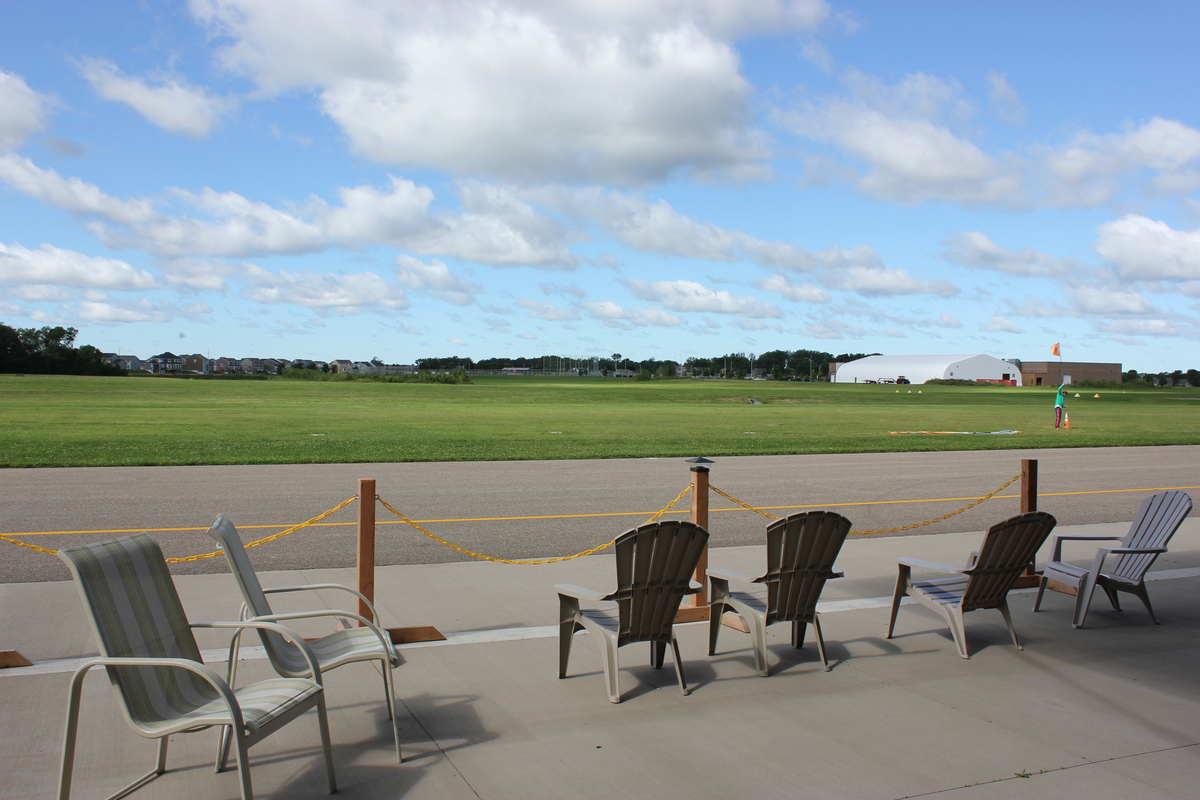 It was nearly 11 when we got on the plane.  Still no sight of my Minnesota friend.  Oh well.

Even though there were five jumpers on board, the Cessna 206 still had plenty of room. Matt and Luke attempted a head down exit and I followed them. It was hard for me to catch up with them because they were going so fast and moving away from me at the same time. When my canopy opened, it didn't take long to spot the drop zone. Minnesota is another very flat state. 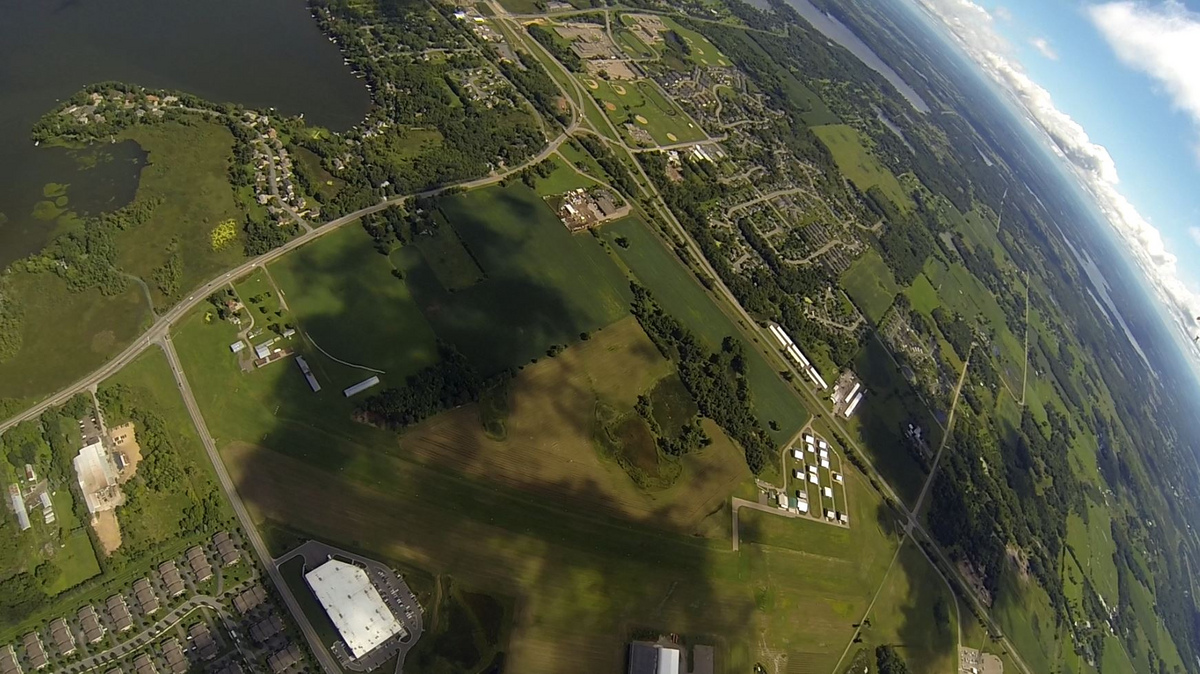 When we landed, the winds were pretty strong.  I'm so used to landing with no wind, I flared a little too hard and popped up a few feet.  I held it and came down on one knee.

After I landed, I sort of expected to see my Minnesota friend, but she didn't show up. I was so disappointed and worried about her. I talked to Spencer and Luke and they told me that she was probably still sleeping and I shouldn't worry about it. Spencer agreed to accept the responsibility of giving her crap if she did show up.

Our goal was to leave the DZ no later than 12:00.  We packed our rigs, Matt paid for our jumps and I got a few pictures before we headed out. I also bought a t-shirt and left some SIS socks behind. When we got in the car, Matt said his stomach was bothering him on the plane, but when he landed it felt better.  Apparently, skydiving is a quick cure for tummy trouble! 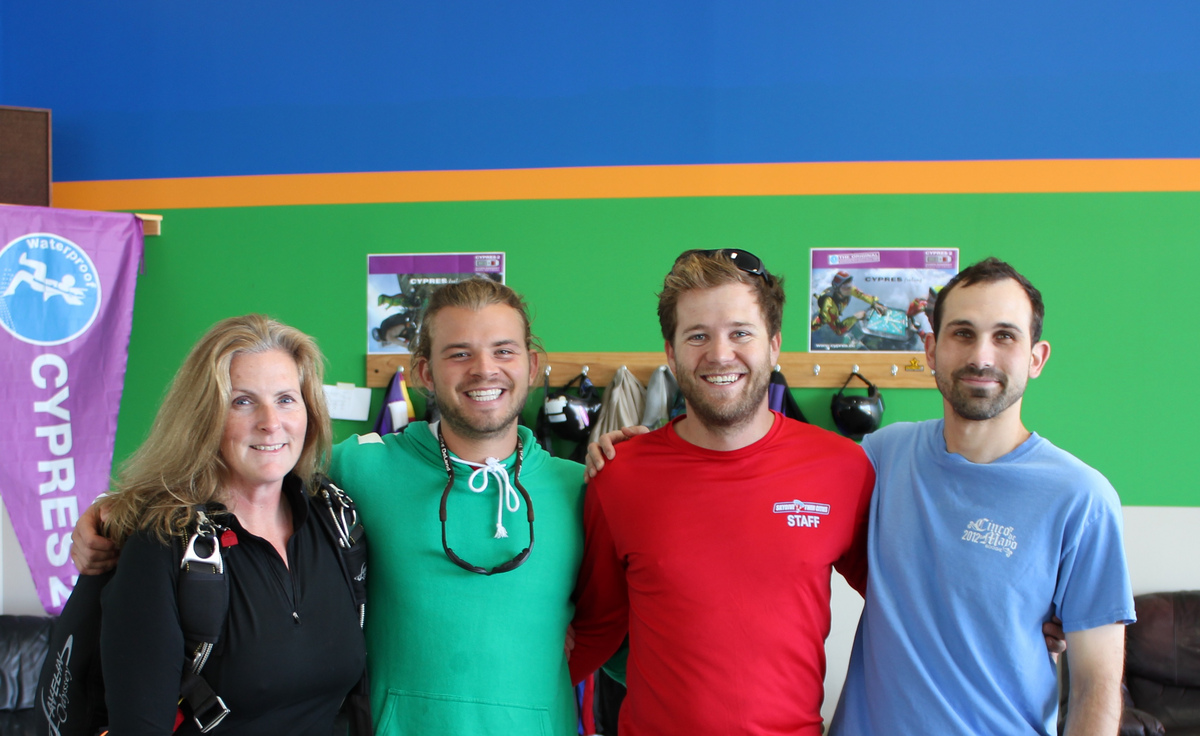 Note: Eek! Matt and I look exhausted in this picture!