The impromptu trips to The Mammoth Site and Bear Country USA were fun, but we were looking forward to Devils Tower National Monument in Crook County, Wyoming. After we left Mount Rushmore, we stopped at Sonic in Rapid City and got milkshakes. What a nice treat! Oh...and we also stopped at Sturgis! 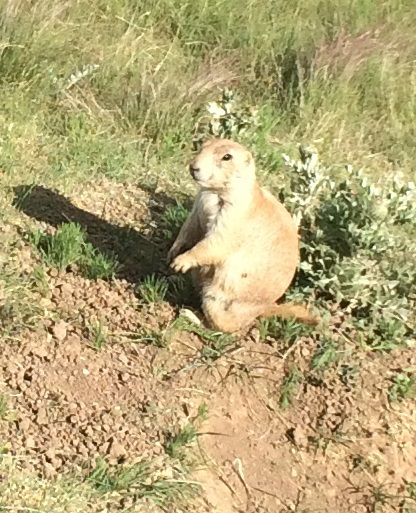 I took Matt's picture next to the sign so he could send it to his dad. Sturgis is the home of an annual motorcycle rally that attracts enthusiast from all over the world. When Matt was younger, his parents rode motorcycles and dreamed of going to Sturgis.

When we got to Cork City, we got off I-90 West and took the more scenic Route 34. It was a little longer, but the sights were amazing! As we got closer, it looked like it might start to rain. It was 4:51 when we passed through the gate at Devil's Tower National Monument - $10 per car. Matt asked the park ranger about the weather and he said, "This is Wyoming, anything can happen!"

As we were driving on the access road, we encountered some slow moving vehicles. Everyone was looking at the absolutely adorable prairie dogs. They were everywhere! There was a place to stop on the other side of the road and a larger prairie dog field. We'd could pull over on our way out of the park.

When I was doing research on Devils Tower, I discovered a story about a man named George Hopkins. In October of 1941, George made headline news when he landed a parachute on the top the monument and got stuck there for a week! Check out the video of his jump and rescue. 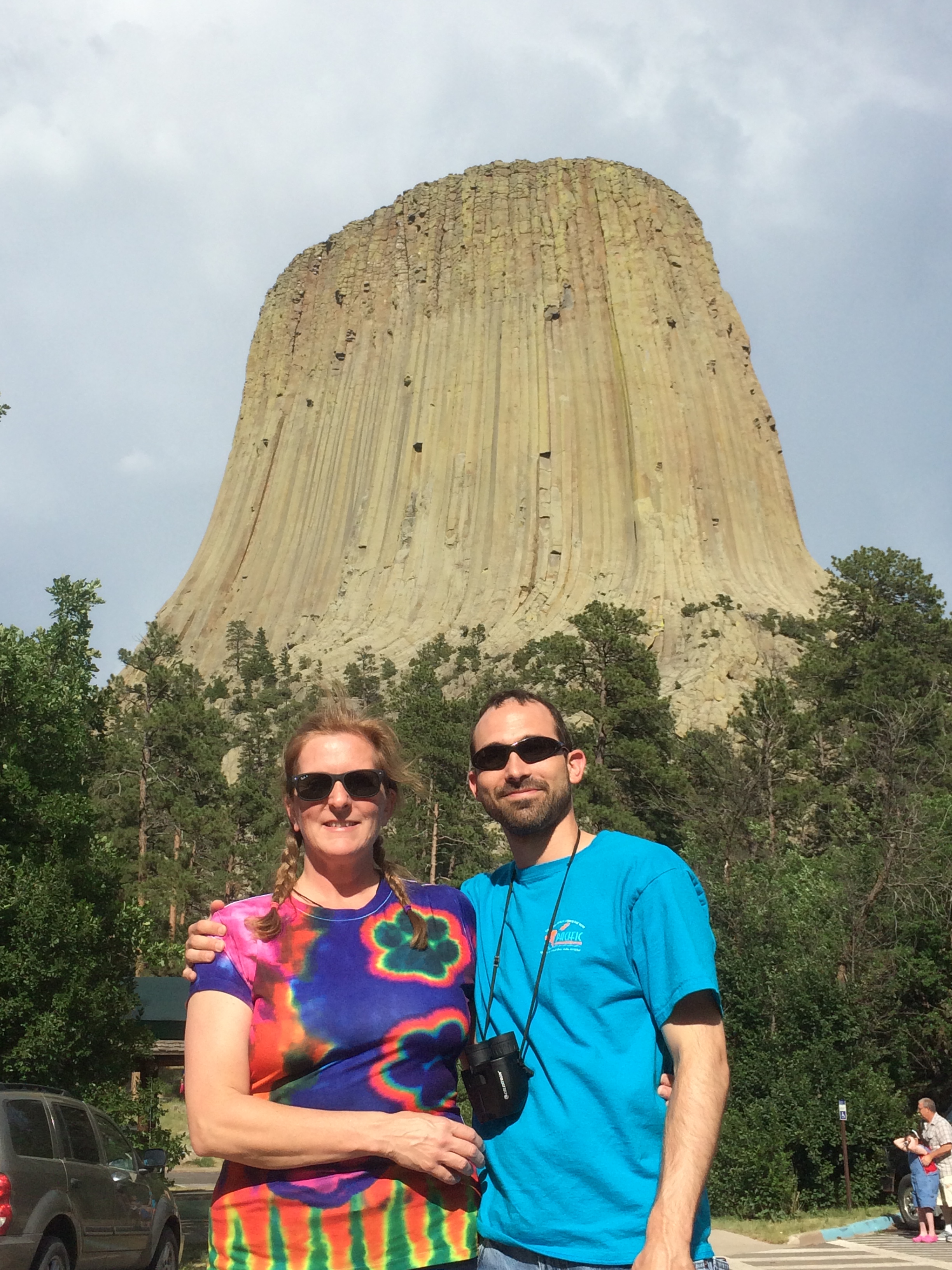 Another tourist offered to take our picture before we hiked out to the base. 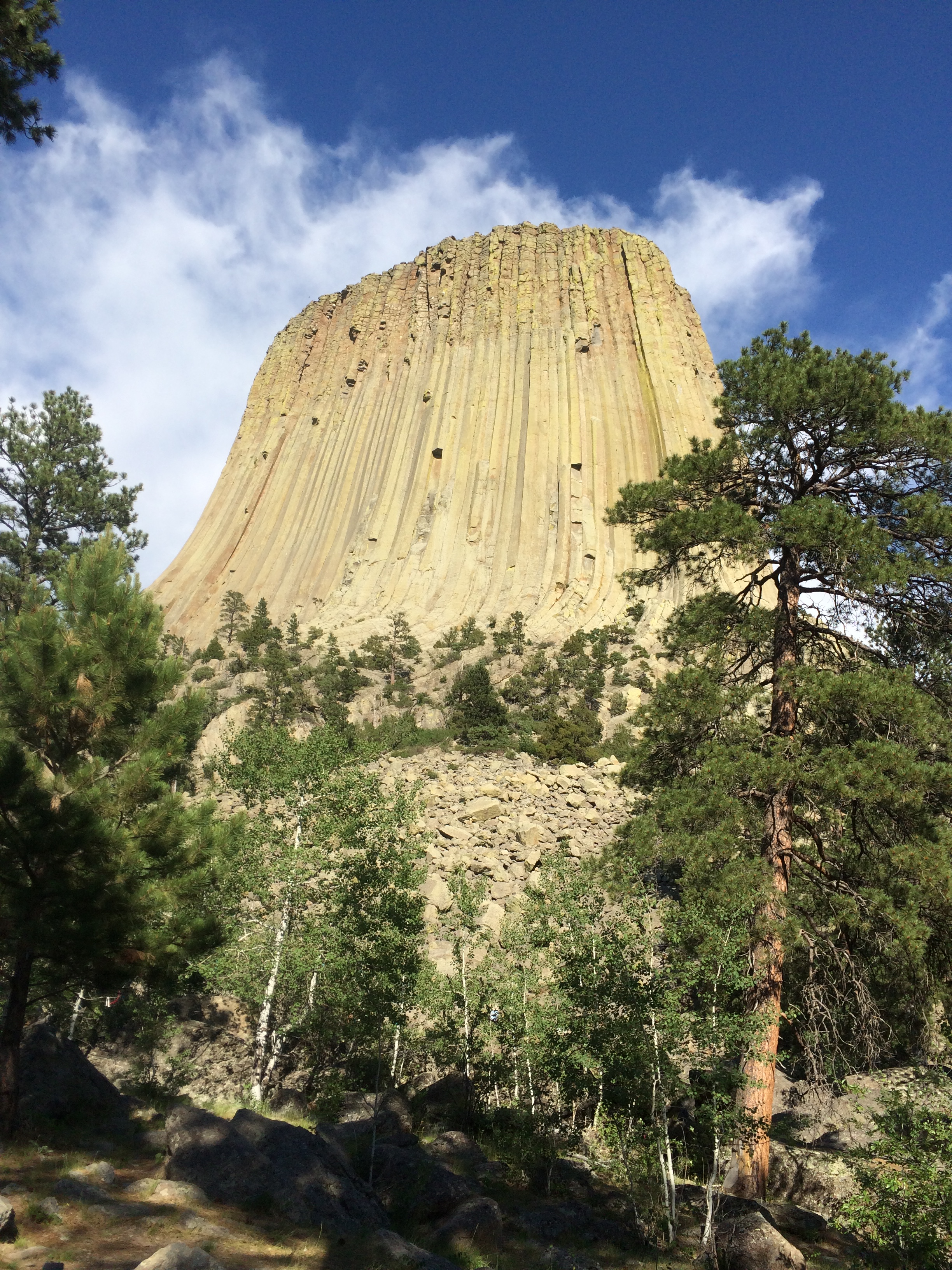 According to Wikipedia, Devils Tower rises 1,267 feet (386 m) above the Belle Fourche River. From the summit to the base is 867 feet. About 400,000 tourists visit each year and some of them even climb all the way to the top! Check out the NPS website for more information.

Of course, we pulled over to see the prairie dogs on the way out. They are so adorable! 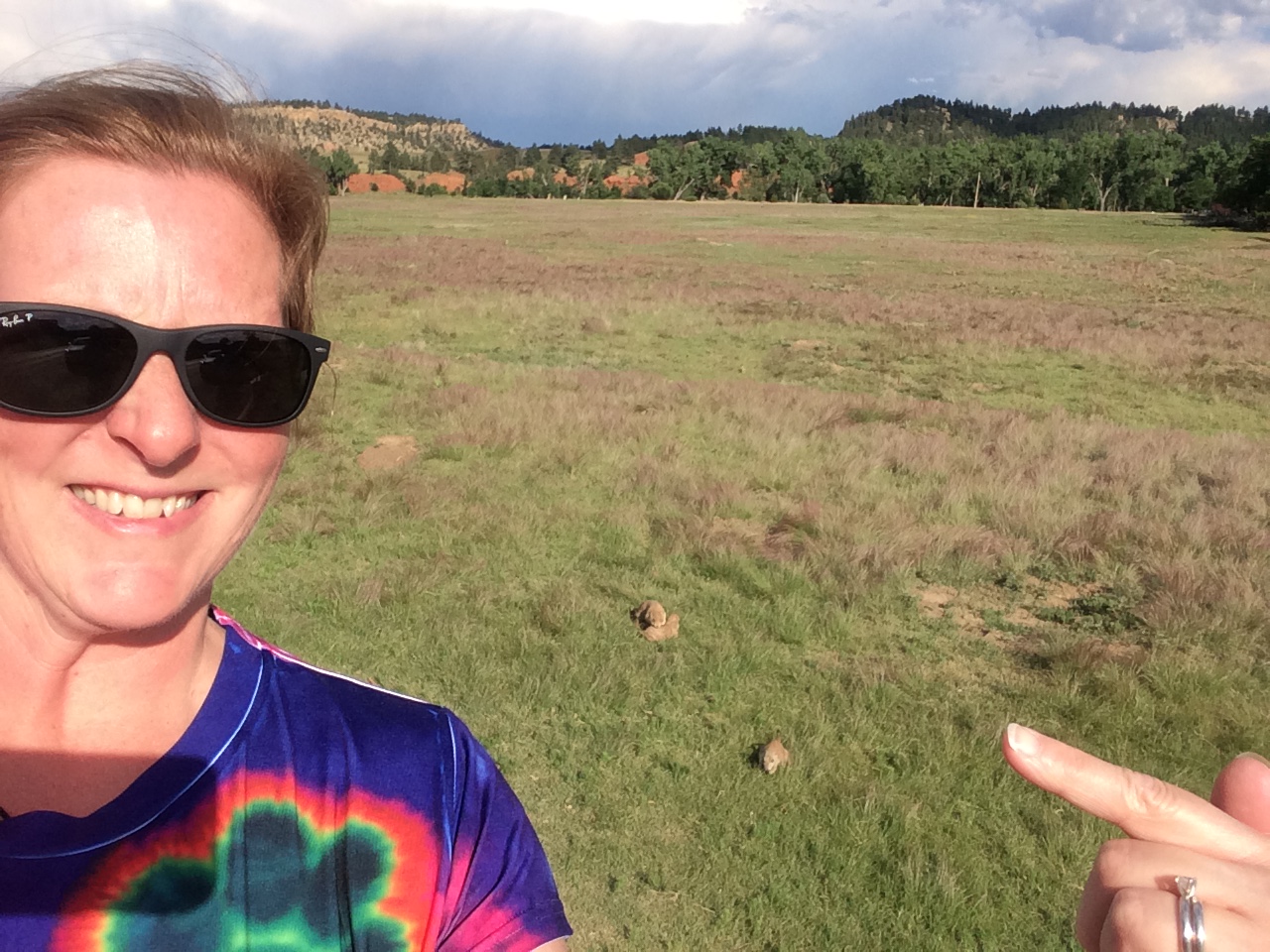 Before we left the area, we stopped and got drinks and souvenirs. According to Waze, we were 193 miles from our hotel. Without traffic, the drive would take less than 3 hours. Along the way, we saw a TON of deer and antelope. It made me think of the song, "Home on The Range!"

Our trip back wasn't so bad and we finally got Mexican food!

The food was delicious and we still managed to make it back to the hotel before 10. Sweet!