Every year, VSC holds Crouchfest at the end of May. Most years, we haven't been able to stay for dinner, but this year we decided to head to the drop zone a little later and hang out afterwards. As I entered the hangar with my gear, I immediately spotted Harry and Betty (the first American couple to skydive in every state)!

In September of 2015, I sent a message to Harry (bluskytrvlr) via Dropzone.com trying to get information regarding the list of 50 state jumpers. Since then, we've traded a bunch of emails and became friends on Facebook, but we were unable to coordinate meeting in person.

Just before we arrived, Harry had a hard opening. He wasn't going to be able to jump with us so he and Betty stayed on the ground. Matt and I did some jumps with Carol. It was one of those hot and sweaty days. By 5:30, we were hungry and exhausted. 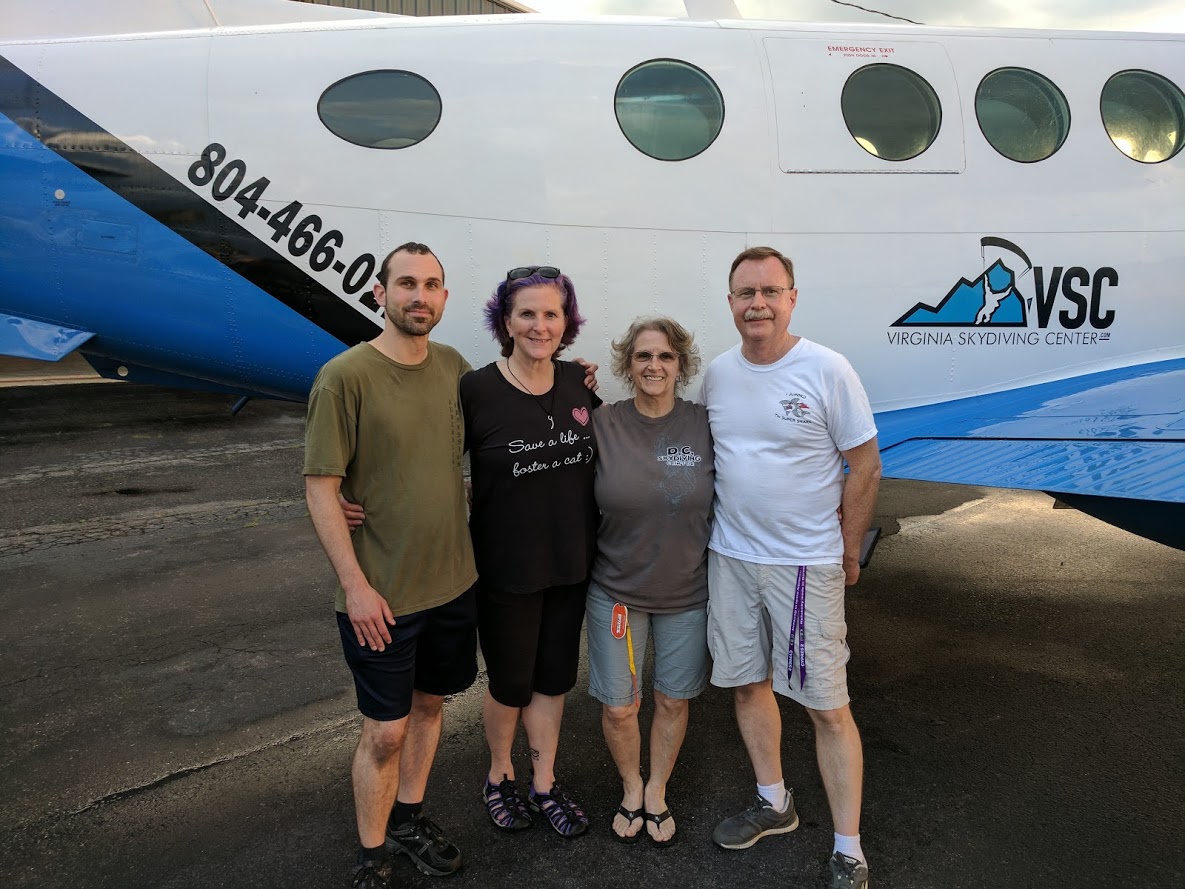 Even though we really wanted to have eat with the VSC gang, we asked Harry and Betty if they would go out to dinner with us. Since we have been waiting for so long to meet them, we wanted to maximize our time together.

Before we left the drop zone, we got a picture together - 4 of the 14 people that have been skydiving in every state. So cool!

We had dinner at Giuseppe's. The food was yummy and the company was excellent. Harry and Betty have such fun stories to share! It took them multiple trips to get Wyoming. If you ever meet them, you'll have to ask them about it!

Lucky ducks! It sounds like their journey to skydive in every state was not quiet as expensive or logistically challenging as ours! Their work took them all over the country and they were able to integrate jumping into their trips. They did have to take one long vacation to get the missing states.

I'm so glad we ran into Harry and Betty at VSC. It was a great opportunity to get to know them. I hope we see them again soon!

What a great day!