First, let me just say this.  I ABSOLUTELY love that this event started at 10:00 AM! In no lifetime will I ever want to get out of bed at 6:00 AM to get to a drop zone. Thank you VSC for starting my Saturday at a reasonable time!  YAY!

For those of you that don't know, a "Mr. Bill" is a skydive where two people leave an airplane together. One of the skydivers (Mr. Bill) is holding on to the other (Sluggo) while Sluggo deploys his/her canopy.  The goal: Mr. Bill holds on tight enough to stay with Sluggo and together they fly under one canopy.

There are so many things about this silly skydive that excite and terrify me at the same time!  Prior to the event, Matt and I did Mr. Bill research.  The first article I found (written by Karl Meyer) was called: "How to do a Mr. Bill - and live to tell the tale".  This article was written shortly after a skydiver died on a Mr. Bill attempt. 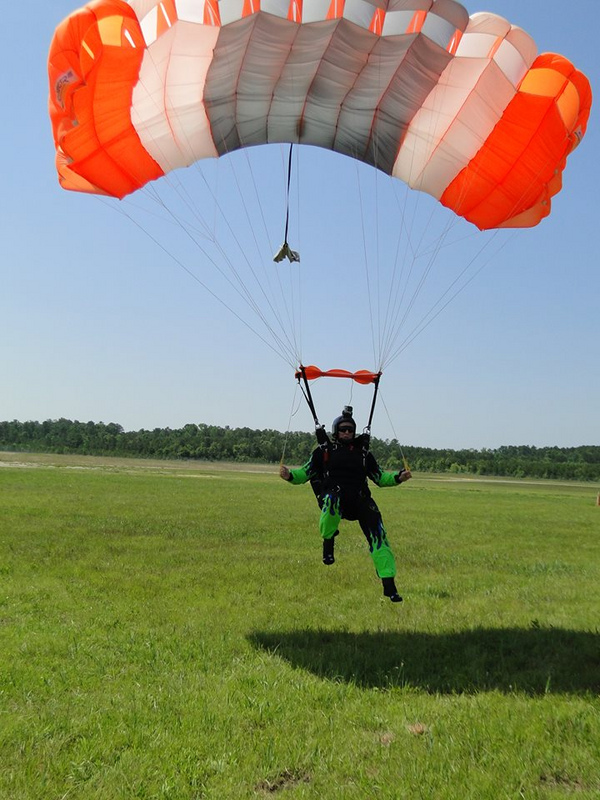 At VSC, we spent the first part of the day discussing the skydive and what could go wrong. Each of us would need a hook knife - just in case!

As per Jim's recommendation, only the Sluggos would be wearing a camera on the Mr. Bill attempts. Once we were finished the safety and training session, Matt and I put ourselves on the first Mr. Bill load.

In the Cessna 182, Jim took four of us to 8,000 K.  He did two passes so each group would have plenty of time to prepare for the exit.  He also slowed the plane down so it wouldn't be hard to hold on.

Our climb out and exit were perfect, but Matt was holding up high on my rig and when the canopy started to open, he lost his grip. As he fell away from me, he tore my shoes right off my feet!  (Thank you Rob Sothcott for this picture of me landing!)

When I landed, I discovered that Matt had also cut his finger and was bleeding.  Back at the hangar, Matt got fixed up with some glue and band-aids.

Everyone was laughing about my lost shoes.  A few people asked if I wanted help looking for them, but it was nearly 100 degrees and there was no way I wanted to spend a hour in the hot sun trying to find my shoes. Fortunately, one of the guys had three extra pairs in his gear bag and offered to lend me a pair.  After I tried them on, he said I could just keep them.  Awesome!

We agreed to do a second attempt, but we were both nervous.  Another jumper had actually broken his finger on his first attempt. Unfortunately, nerves got the better of me and I rushed the exit. Oh well...it was fun to try.  Here's a video of our Mr. Bill shenanigans! 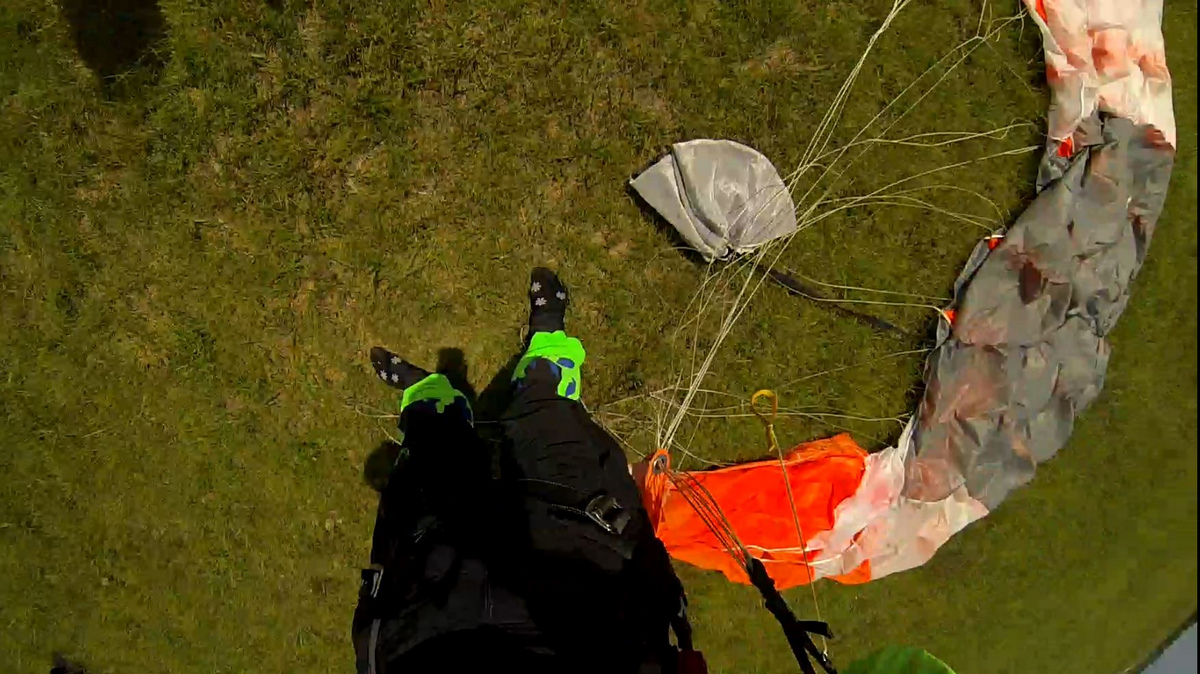