Since I knew it was going to be super hot on Saturday, I agreed to be at the drop zone from 8 AM to 4 PM. Over the course of the day, I did an assortment of jumps. I tried to come up with original dive plans that were interesting. On the first jump, we launched a three person compressed accordion. 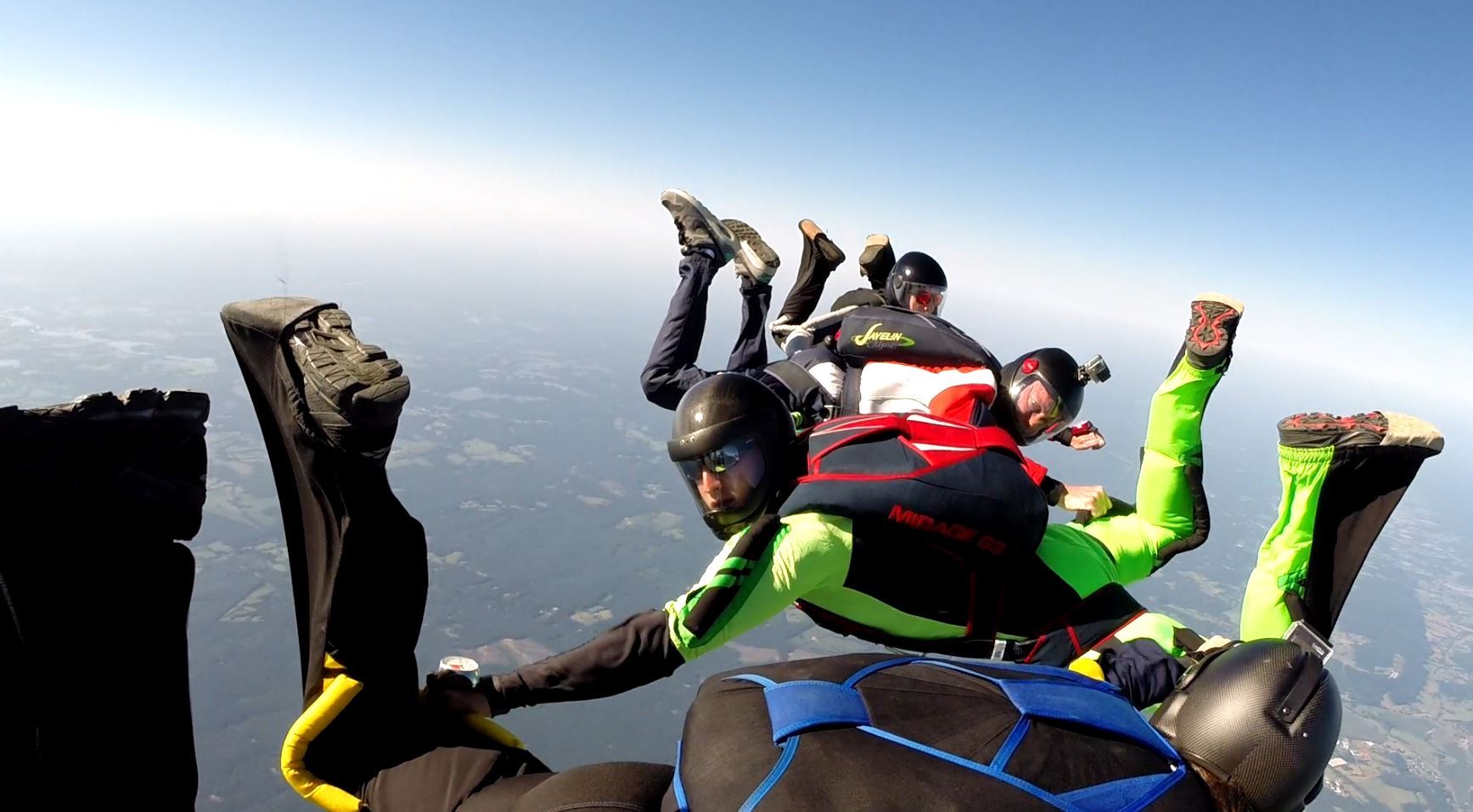 Our second point was supposed to be a five person caterpillar. 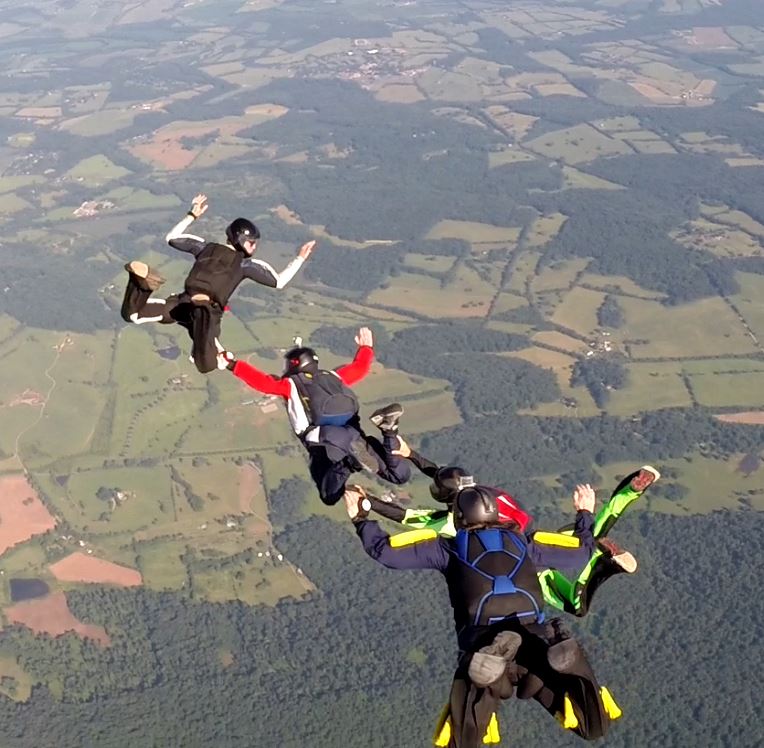 Two things went wrong.  The second person in didn't take both leg grips and the front person was trying to see what was going. With his head turned to the right, the formation was moving. When we landed, I asked if they wanted to try again.

The second attempt was better, but when the lead person turned out he started tracking away and it took us awhile to catch up to him. 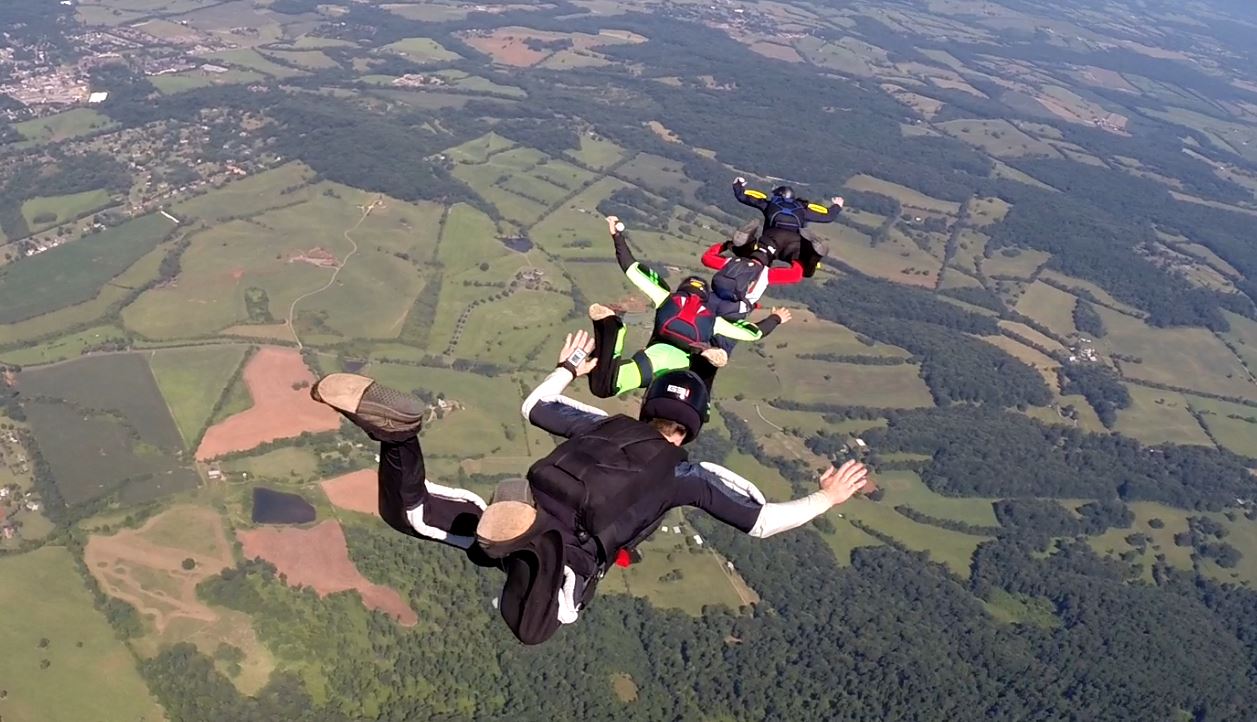 While I was there, I met a new jumper named Chae. He was enthusiastic about learning and went with us on a few jumps. 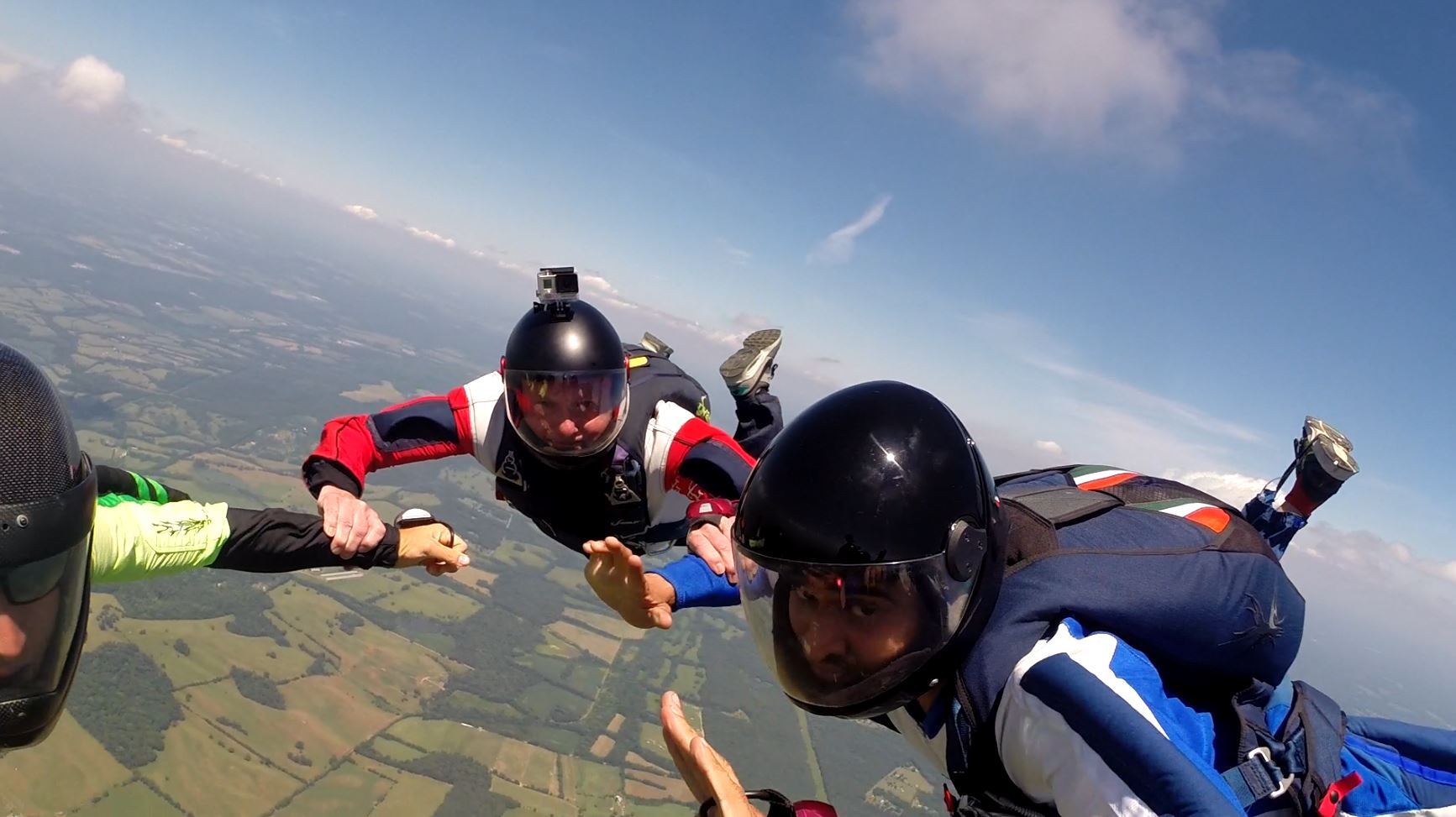 My favorite was the last one of the day because Matt came along. 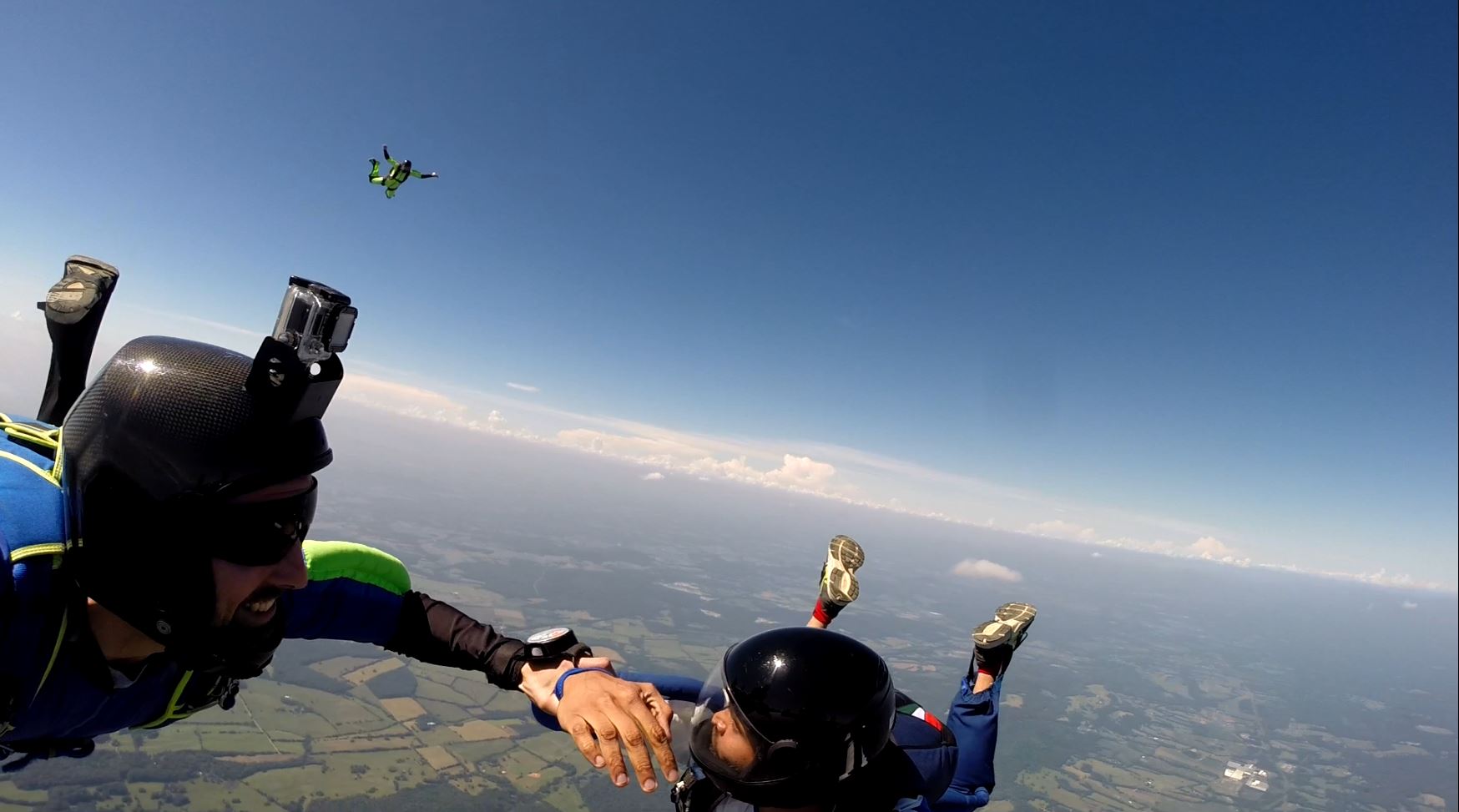 By the time 4 PM rolled around, I was ready to leave. Thank you Skydive Orange for another great day!