Last year's D.A.R.E. demo was a super fun time, so I was excited when Jim asked me to do it again. I was looking forward to the "glory" - a bunch of kids asking for MY autograph. It's funny because they have absolutely know idea who we are, but they get so excited when we land and they want us to sign their shirts, brochures, or sometimes even their arms!

When I mentioned to Matt that I was planning to do the demo, he expressed an interest in coming along.  Fortunately, Jim had an open space. Awesome!  Matt took the day off from work. Leading up to the event, the weather was looking iffy.  When the day arrived, it was better than expected, but it the winds were a little strong. 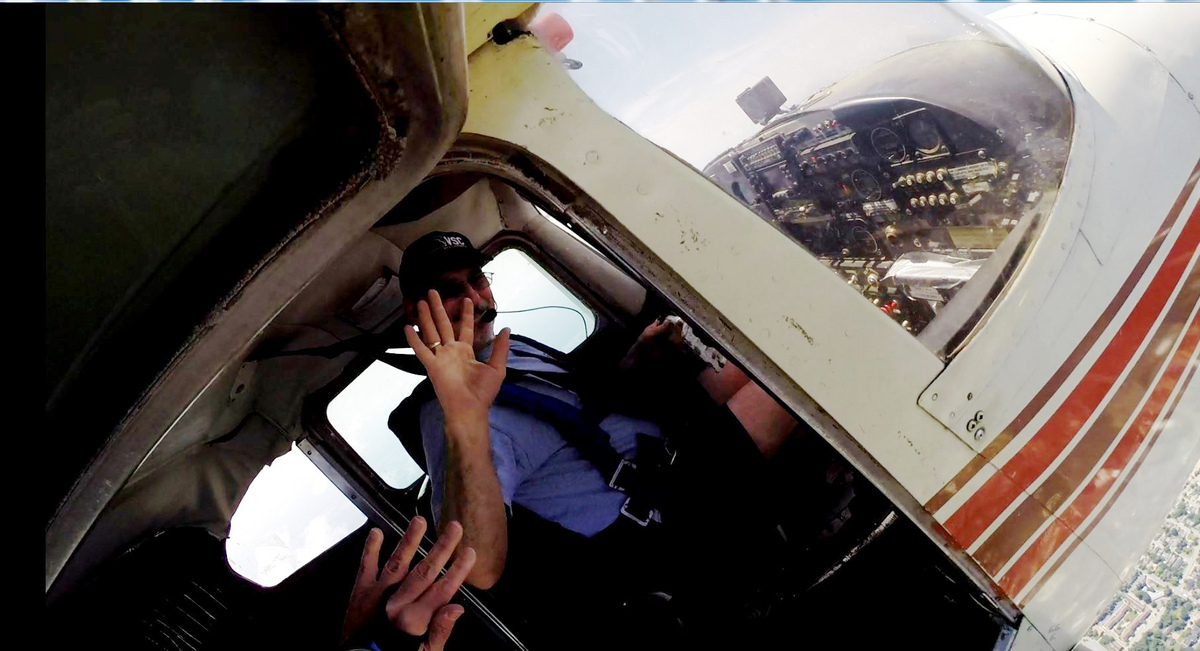 We met Jim and the others at the Shannon airport in Fredericksburg. When I entered the airport building, I was surprised to see a full service restaurant - The Robin's Nest Cafe! Last year, they were just beginning construction.

Not long after we arrived, we were on the plane with Dave & Clint.  There was a little confusion about who was leaving first, but that didn't matter much to me. I am usually last out!

It was a beautiful day to be in the sky!  Our climb to altitude was uneventful and we exited the plane over Fredericksburg. In the middle of the photo, is Route 3.

On the other side of the river was the landing area - it was huge!.  Unfortunately, it was surrounded by trees.  I watched the first guy set up his pattern.  From above, it looked like there was no wind. He got so much penetration that he ended up landing in the crowd!  I decided to follow Matt's pattern - he adjusted so he won't over shoot. 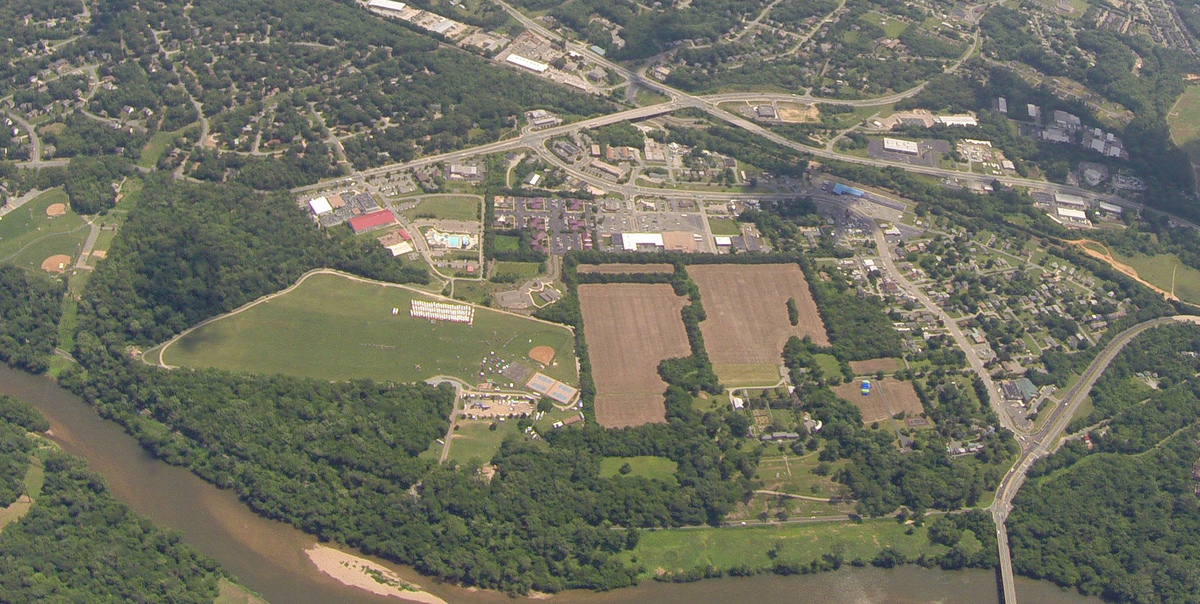 I was surprised when I turned on final!  UGH...I was getting no penetration.  I knew that I'd make it on to the field, but there was no way I could get to the "primary" landing area.  Grrrrr!

Over the tree line, I went from very little penetration to scary turbulence.  The canopy ride was sketchy!  I ended up landing near one of the spectators close to the two buses on the left. After I landed, the spectator (one of the parents) came over and asked me if she could take a selfie with me.  Then, she asked if it was okay to hug me. DUH!  Of course it's okay! Shortly after that, I was surrounded by kids!  They were so excited.  Some of them had questions about skydiving.  I think we might have met some future jumpers.  Woo hoo!

I'd like to give Jim Crouch of Virginia Skydiving Center a shout out!  Jim's been doing this event for FREE!  He pays all the associated expenses and gets nothing in return.  Thanks Jim - for being AWESOME!