Eventually, the winds died down and they put us on a call. Right around 1 PM, we boarded the plane. It felt like we were on the plane forever before it took off. When we were lined up and ready to take off, one of the other planes discovered they needed a new oxygen tank.

We sat on the ground with the planes running waiting for this to be resolved. Thank goodness we were in the CASA with the tailgate wide open. I can't imagine what it must have been like inside on of the Otters! It was after 1:15 when we got back in the air.

When we were taking off, I could see the Skyvan taking off next to us. It was so cool!  I really wish my camera had been on!

On the climb to altitude, I was thinking about the previous jumps. I was in my spot both times. I was starting to feel a little more confident about getting the record. This could be it. This could be the jump! I was so excited. I kept thinking, "Just do what you did last time."

The red light was on and we got the 1 minute call. We lined up and were ready to exit, but the plane wasn't in the correct position. The organizer called for the pilot to fly more the the right. After a few adjustments, we were good to go. This time, my exit didn't go as well. Kevin and Christine were offset a little. 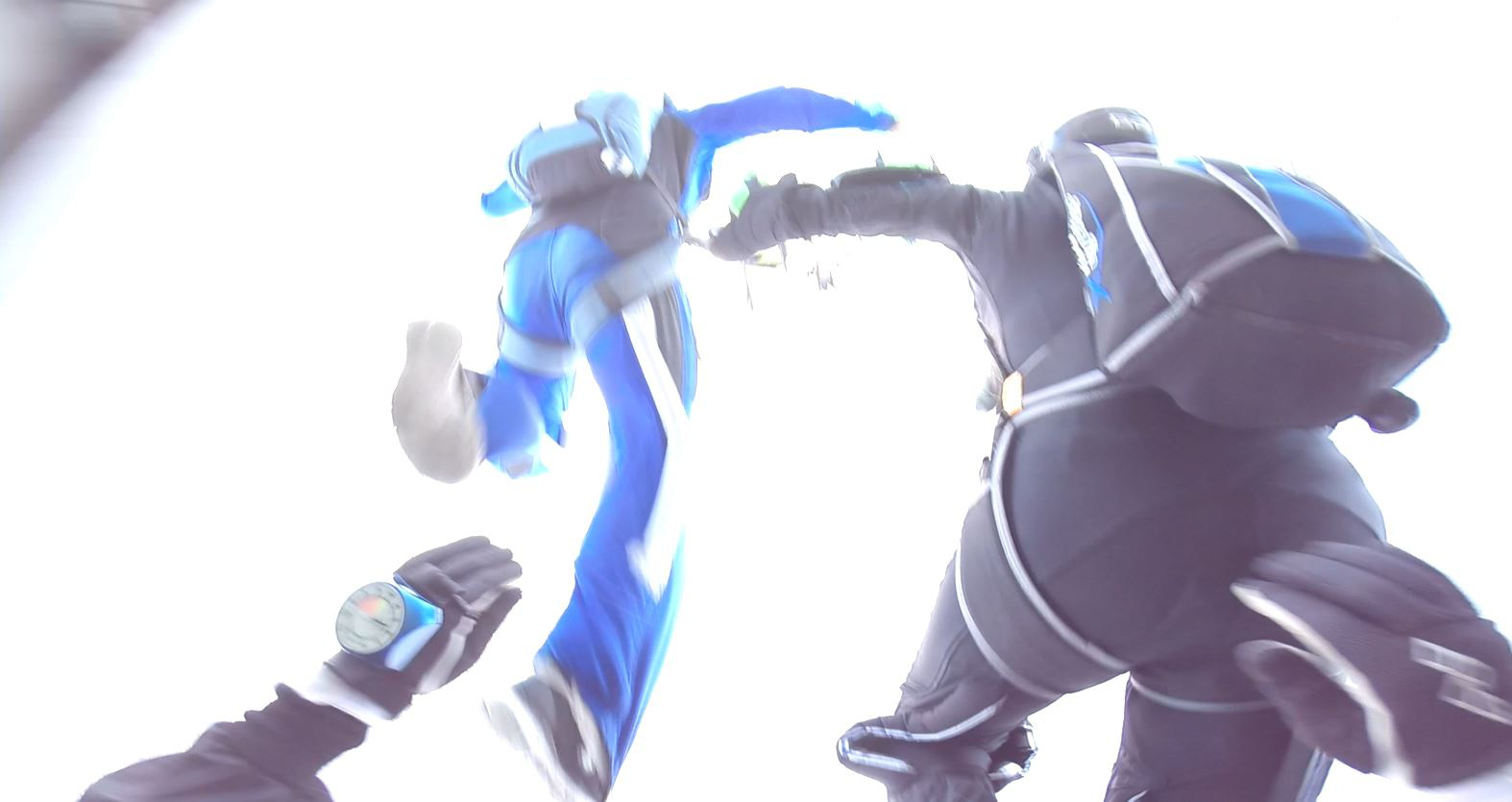 I didn't leave enough space and I managed to run my face into Christine's shoe! 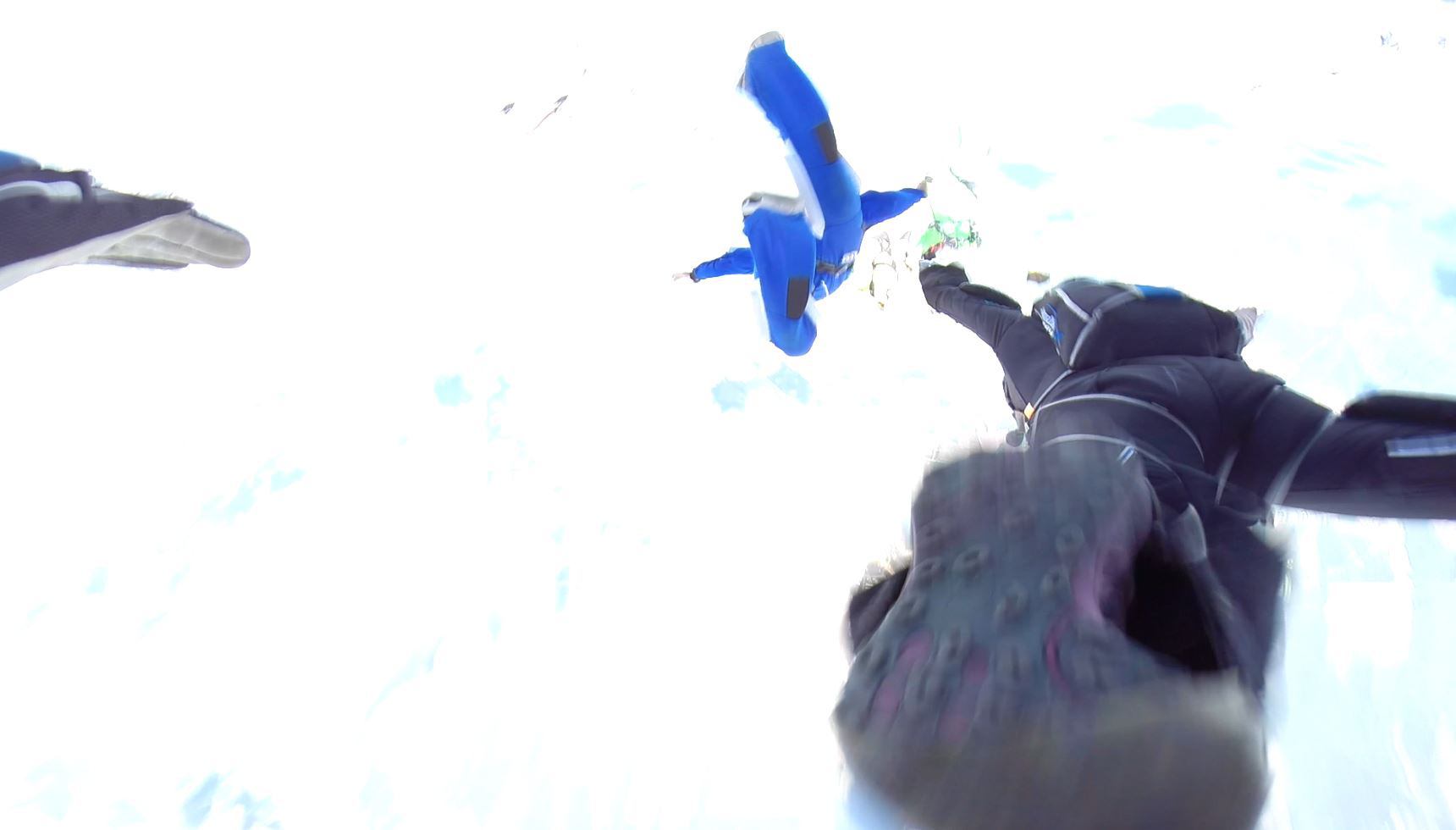 Had I been wearing a closed face helmet, it probably wouldn't have done any damage, but I was wearing my open face. Even though it was only a split second, I hit her foot so hard that gave myself a bloody nose and black eye. 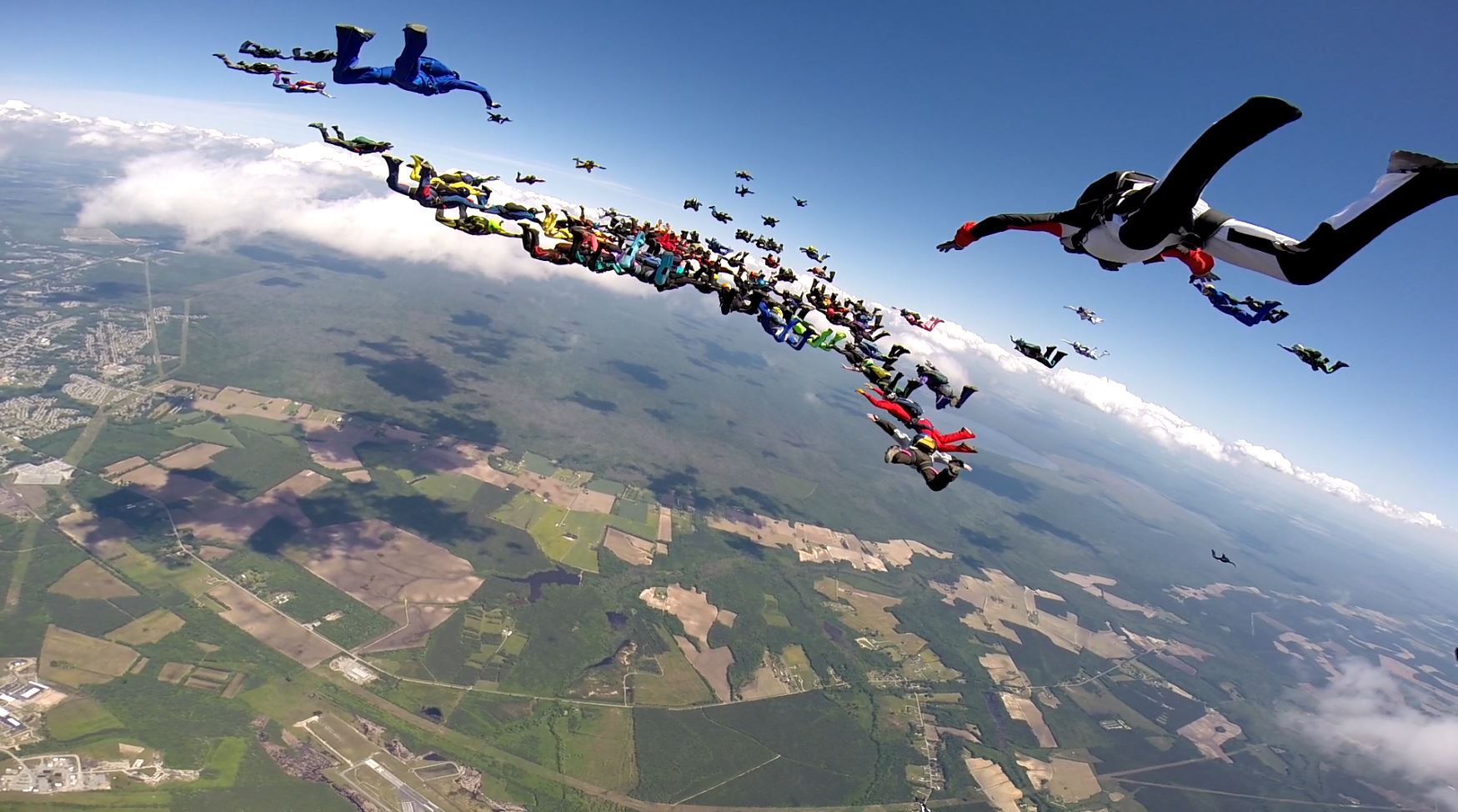 At first, I was very disoriented. I went low and managed to get myself back up, but I was having trouble seeing. When it was time to track, I left with the outside group and tracked my butt off. My face was throbbing and I felt like it was hard to see out of my right eye.

I found a safe place to land. I could tell I was bleeding, but I wasn't sure where the blood was coming from. As I was walking back to the hangar, another jumper helped me. She said I was bleeding from my nose. 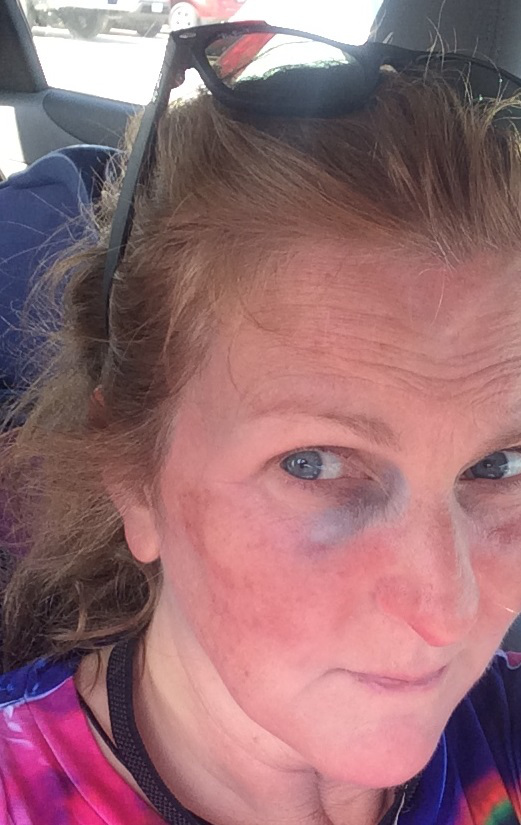 At the hangar, they took me to an air conditioned room with the video guys. The guys were very nice and offered to help. One of the brought me paper towels and someone gave me an ice pack. I sat there for a while with ice on my cheek and then I went to the bathroom to get a look. My face was pretty swollen.

On Friday, I had met a doctor from Indiana so I asked her to take a look. Both my eye and nose were killing me. She said it was possible that I had fractured my nose or maybe even my cheek. I got a second opinion from a nurse practitioner and it was basically the same.

I kept putting ice on it and managed to get the swelling under control, but I didn't think it would be a good idea to continue to skydive. My record attempt was over. What a bummer!

Everyone was trying to convince me to get a CAT scan. Apparently, it's the best way to see if you have fractures in your face. I asked the doctor what they would do if I was fractured. The answer - probably nothing. My nose was still straight. I could move my eyes appropriately and I could open and close my mouth without trouble.

I had a raging headache. Matt and I walked over to the FOB to look for a Diet Coke, but they only had Pepsi products. While we were there, we talked about our options. In the end, I decided it would be best to go home. We put my things in the car and I went back to say goodbye.

As I was putting the key into the ignition to leave, Matt called me. He wanted me to come back for the group photo. Cool!

When I finally left the drop zone, it was nearly 6 PM.