As soon as we entered the Enterprise office, an associate approached us. He showed us the kiosk and proceeded to operate it for me. Apparently, there wasn't much going on and everyone was bored. I gave him my name and he typed it in. He tried twice, but found no reservation. When I looked more carefully at my phone, I discovered that the Enterprise reservation was for the Big Island not for Oahu! We were supposed to be picking up a car from Advantage.

Unlike the other car rental places lined up in a row next to Enterprise, the Advantage office was back at the airport. Self-inflicted frustration! The gentleman suggested we take the shuttle back, but I didn't have the patience to wait. It was only 1/2 mile walk.

The people at Advantage were friendly and helpful. We picked up our keys and went to the garage to get our Toyota Corolla. When I opened the door, a yucky smell came out. The seats were stained with something and I couldn't imagine spending a day with this car. I left Matt in the garage with our luggage and went back to request a different car. We ended up with a Hyundai Elantra. 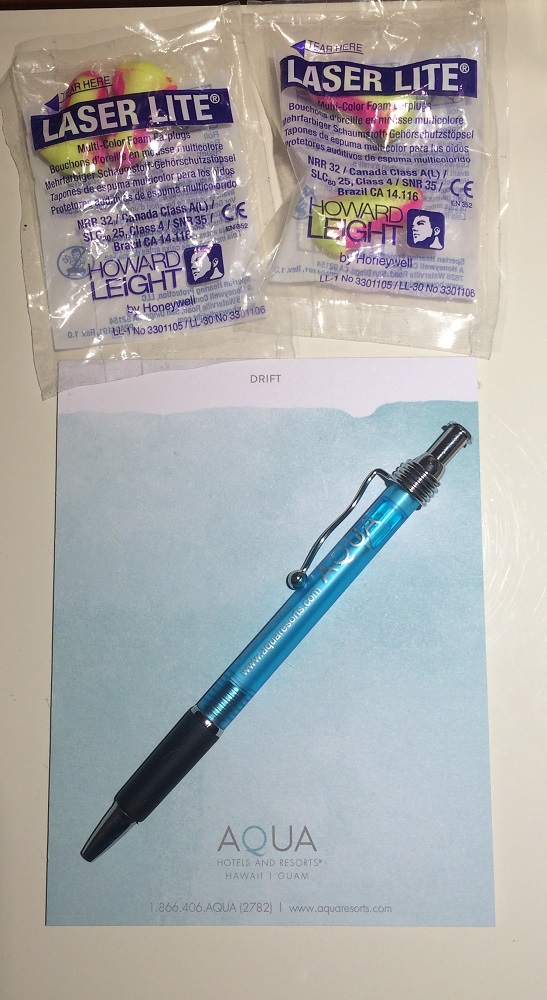 The hotel was only 8.5 miles away, but Waze said it would be a 30 minute drive. There was so much traffic! As we got closer, we discovered a number of streets were being closed for a parade.

Eventually, we found the hotel, but we couldn't figure out where to park. I got out of the car and went to check in while Matt drove around the block to see if he could find parking.

The reason we couldn't find regular parking - there was NONE! Aqua Oasis ONLY offers valet  - $30 a day! The car rental was only $18.17! Sheesh!

One of the perks at the Aqua Oasis - a free movie rental - that was kinda cool. The $15.71 resort fee was a little less cool. However, the price of our room included free breakfast. Unfortunately, we'd be leaving before they started serving. Oh well...

After I checked in, I sent a text to Matt. - no reply. I tried calling him. - no answer. SO FRUSTRATING. Where was he?  Did he find some place to park? I tried over and over and then I saw him coming down the street. It took him nearly 20 minutes just to drive around the block! Finding street parking would be impossible so we used the valet.

We made a quick stop in our room before we started our search for dinner. It was nice, but I noticed there were ear plugs on the nightstand Hmmm...that doesn't seem like a good sign.

Most of the roads near the hotel were closing and people were lined up along the street for the parade.  I spotted a woman carrying a Cheesecake Factory bag. Cheesecake!!!! We could skip dinner and just have cheesecake! I asked her husband where I could find The Cheesecake Factory. The gentleman was British. He told us it wasn't far away then said, "And it was quite good." I love British accents!

Walking along the streets of Honolulu reminded us of New York City. There were expensive shops and it was crowded. Neither of us enjoy this type of environment.  I don't like to walk slow and it's hard to walk fast when there are large groups of slow walking oblivious people. There needs to be a sidewalk passing lane.

When we got to The Cheesecake Factory, the line was very long so we decided to skip it.  I spotted a California Pizza Kitchen and suggested we get a pizza to go. We could eat it in our room and watch a movie. Matt loved this idea! After we ordered, I left Matt to wait for the food and I went to the drug store to get a few things including a case of water.

It was 6:43 PM when I left Longs Drugs.  I was starving. As I came out of the store, I realized that the road was blocked off by a marching band. The parade route ran between me and the hotel. Grrrrrr! Did I mention that the theme for the day was frustration?

I waited until there was a gap between bands, put the water on my shoulder, and ran across the road. Shew...I made it! I could see Matt coming down the street so I waited for him. 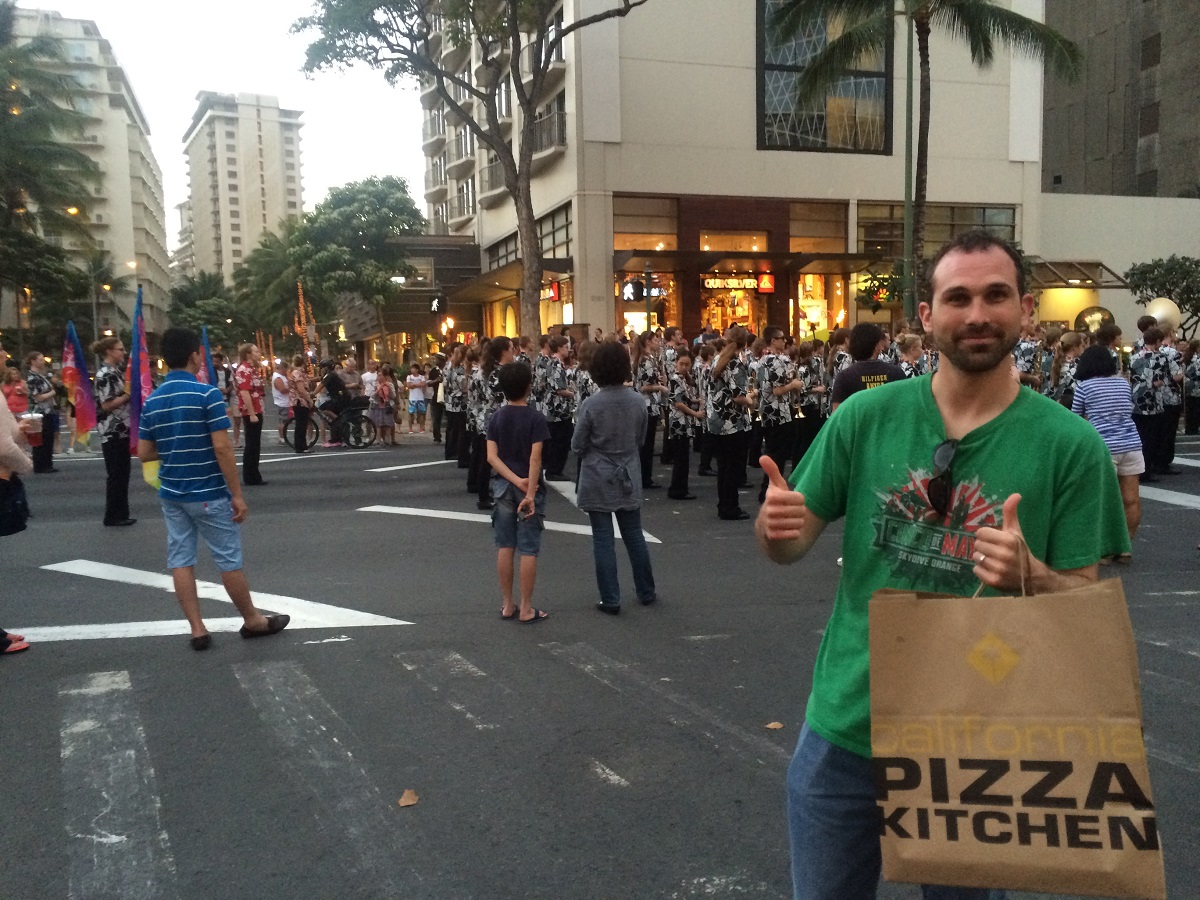 As we passed through the lobby of the hotel, we stopped to pick out a movie.  We decided to go with "Sisters" starring Amy Poehler and Tina Fey. The pizza was OKAY...the movie was OKAY...the room was OKAY with the exception of the heated toilet seat which was AWESOME! I want one!

I texted Arvel to let him know that we'd be at the DZ in the morning and he said he'd be there! Sweet!

Our day was going to start early so we bailed on the last five minutes of the movie and went to bed. I tried putting the ear plugs in my ears, but I could hear my heart beat so I took them out. For the most part, the room was very quiet. We were next to the elevator, but I hadn't heard it.  As I drifted off to sleep, I wondered why they gave us ear plugs - they seemed unnecessary.